The information we get on matcha rarely goes further then its health benefits and the package size. As the interest in this unique tea has been growing, more and more attention is paid on location where matcha is coming from. What makes matcha unique is not only the powdered form. Using special cultivars and employing the right growing procedures all count into making the final product. One important aspect to take a look at when growing matcha (or better to say tencha, tea leaves that are later grounded into matcha) is the soil and weather conditions, along with the usage of fertilizers, especially because matcha is a shade-grown tea that is not permitted to gain much direct sunshine. Three to four weeks prior to harvesting from 80-95% of light is permitted. These factors will influence the matcha flavor and quality in a great extent.

It all starts with the soil

Matcha has been grown in different areas of Japan – from Fukuoka, Shizuoka, Saga, Kagoshima, Miyazaki, to the most famous one – Kyoto. The reason that Uji matcha from Kyoto is the most famous one lies not only in the tradition of growing, but also in the most favorable soil and weather conditions. Japanesese tea gardens are grown on few different types of soil – andasol (volcanic soil), red-yellow soil (derived from mica-bearing rocks), lithosol (weather-beaten rock particles) and brown-forest soil (formed under forest leaves). Different types of soils are found in different parts of Japan, and in connection to the weather conditions, used for growing different types of teas.

Therefore, specific areas take a great role in the final result of growing tea. Volcanic soils are extremely nutrient rich, more airy and hold water better, they help plants to accumulate more nitrogen. They are mostly found in Miyazaki, Kagoshima, Shizuoka, Mie, Saitama and Kanagawa. Most of these areas are famous for sencha production, and only some produce matcha, but in lower quantities and usually only sometimes comparable in quality to Uji tea.

Brown-forest soil under forest leaves is found in Kochi and Kumamoto prefectures of Japan and ranges from almost neutral (Kumamoto) to acidic (Kochi). Kumamoto is famous for pan-fired Japanese tea Kamairicha and Kochi offers wide selection of bancha (including fermented bancha) and hojicha. Lithosol is generally considered less fertile than other soils, and can be found in Gifu, prefecture with cooler climate and quite low tea production.

Uji soil differs from most of the these areas. Red-yellow soil found in Kyoto prefecture is more acidic than the rest of the soils where matcha is not being produced, and consists of a different biomass which affects its fertility. Most matcha growing areas have the same acidity regardless of the soil used.

Since Japan is a long and thin island, proximity of the sea plays an important role in the tea production. Tea is a subtropical plant, as such, it survives the best in subtropical climate. Uji subtropical climate has been ideal for producing tea for centuries. The proximity of rivers and sea, enough rain and sun throughout the year, humid summer and mild winters, lowlands and hills that provide protection from unfavorable weather conditions, all proved to be perfect for growing tea far back since the 12th century.

Uji has enough precipitation from March till October and no frost in winter with around 150mm of rain in March, April and August and a little more than 200mm in June, July and September. Winter is dry and mild, frost free with temperatures rarely going below zero. These are all great conditions for camellia sinsesis to succeed. 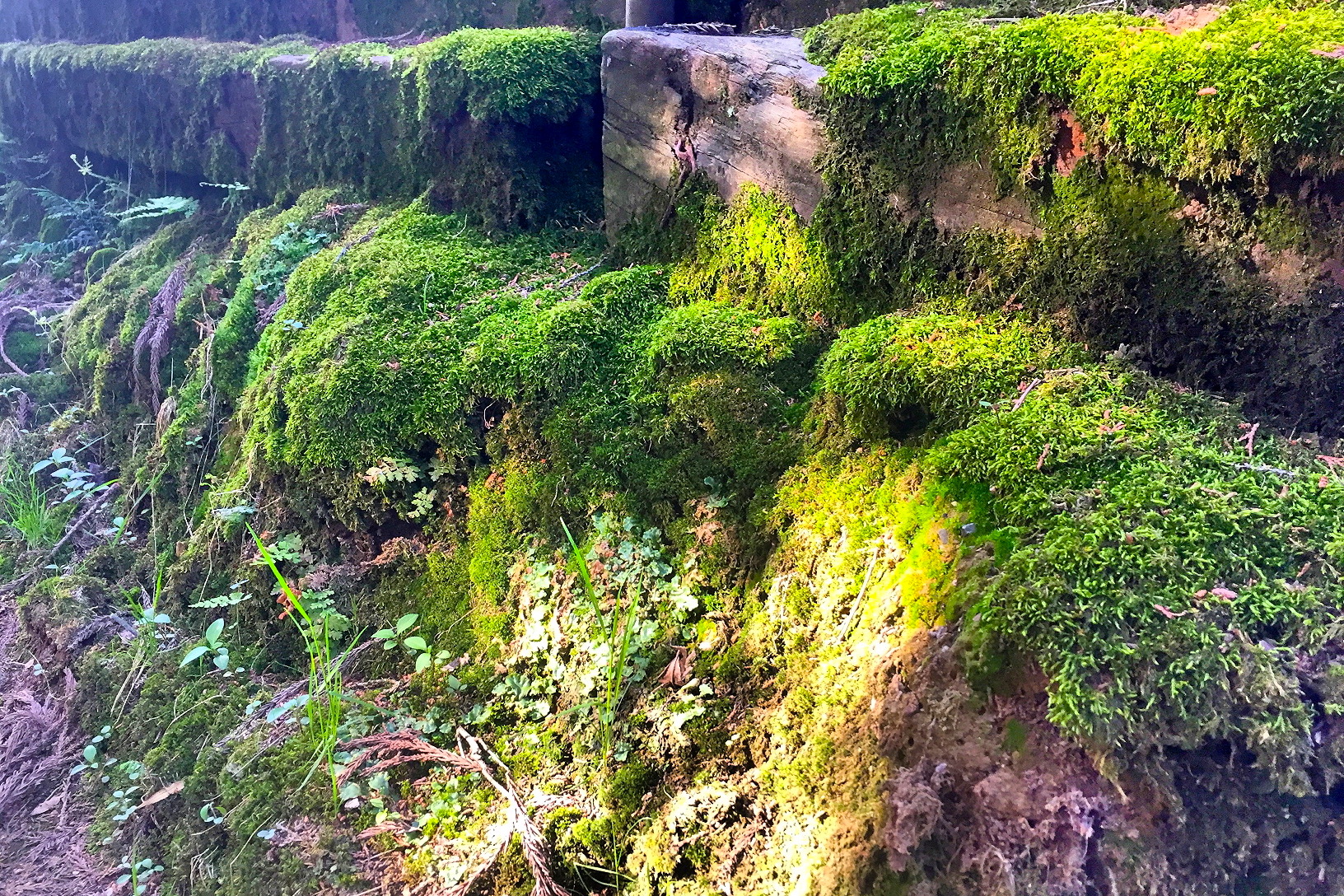 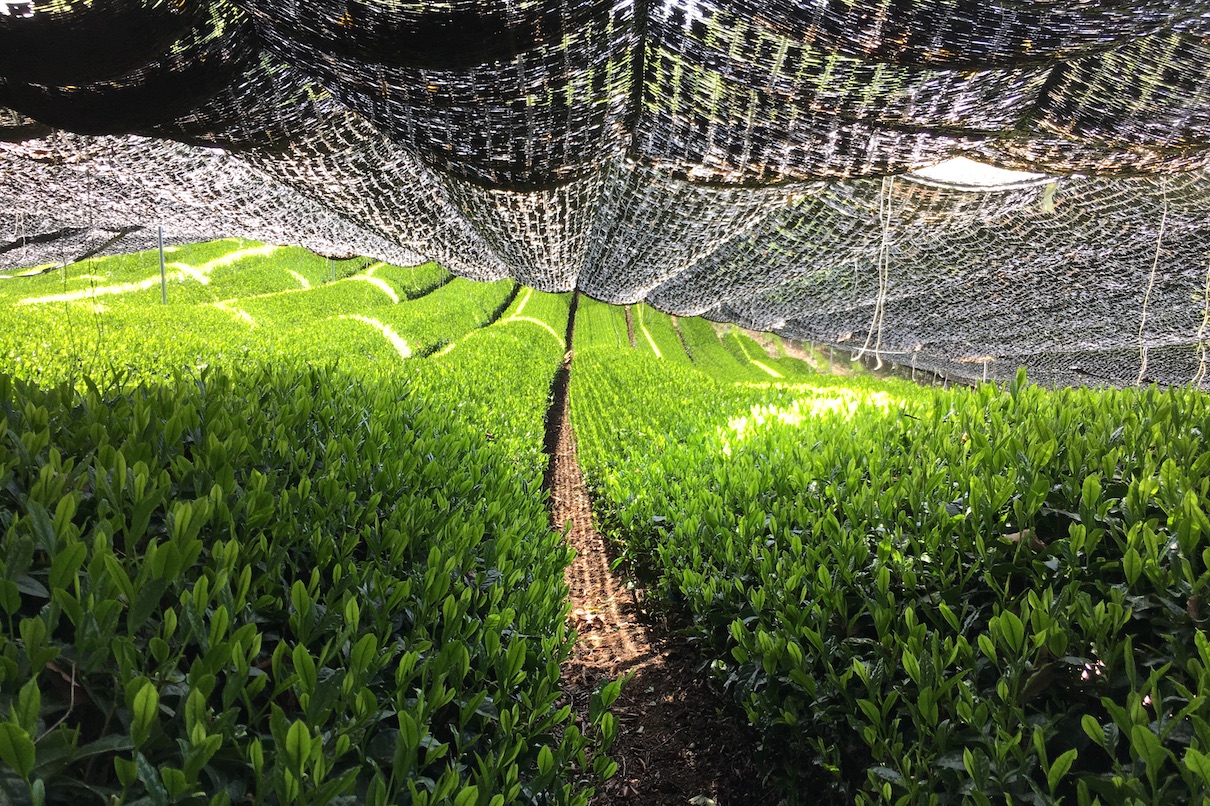 Japan is currently using few dozens of tea cultivars to produce teas. Some of them can survive harsh weather conditions more easily, some are more prone to diseases and each and every one of them will result in different tea. Cultivars that take in more nutrients, have smaller tender leaves and give deeper and sweeter flavor and color are usually used for making matcha. In Uji, around ten different ones are used: Uji Midori, Uji Hikari, Kyo Midori, Samidori, Saemidori, Oku Midori, Kamakage, Ogura Midori, Gokou, Asahi and Yabukita. Few others such as Asatsuyu and Yamanoibuki are used in other parts of Japan.

Matcha tea always comes from tea gardens. There is no such thing as wild matcha. The reason for this is that it requires special methods of fertilizing and growing (including shading). With the growing desire to buy only organic products, many are forgetting that organic is not always traditional. Especially when tea is concerned (and knowing that it has been consumed for hundreds of years), traditional methods of fertilization give the best results. As we already mentioned, tea leaves used for matcha are being shaded to prevent direct sunlight affecting the leaves. With reducing sunshine, leaves accumulate more chlorophyll, theanine and amino acids, but less catechins, making them more sweet and less bitter. Soil needs to be fertilized in order to achieve the best flavor, both at the beginning of the year in January and February, and when the leaves are shaded in April and May. Using only organic fertilizers acts very slowly, while fertilizers like pure nitrogen will give faster results. Nitrogen is used to produce new shoots in older plants and to increase the amount of amino acids. Overuse of fertilizers often results in tea with very poor amino acid profile, but high in theanine. Compost is often used as an organic fertilizer instead of nitrogen. Still a very little percentage of tea grown in Japan is organic. Some tea varietals are very prone to diseases and, starting in March, attracted by different worms and bugs. Cooler weather conditions are especially important for growing organic teas. Areas that are less attracted by bugs, and using stronger tea cultivars can reduce the usage of pesticides.

Even though most of Uji matcha tea will not be organic, it will still meet very strict requirements regarding the amount of chemical residue. Non-organic tea from Japan is extremely safe to consume, and will, in most cases, offer much better flavor profile than organic tea, especially when matcha is concerned. What counts in the end is the umami, savory taste, good balance of sweetness and bitterness and a vivid color.

Because of the best soil, perfect weather conditions and biomass, we have decided to exclusively collaborate with Farmers from the Uji Area. Besides choosing Uji for its perfect matcha growing conditions, our mission is to source the highest quality tea grown with care, knowledge and passion.